Health news over the Christmas week 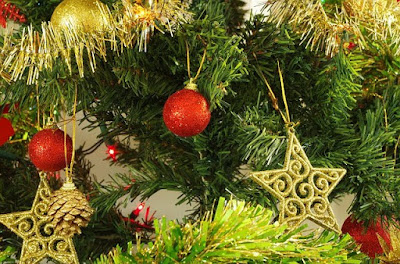 We will be producing a single bumper edition of our bulletin next week, but will return to daily updates on Tuesday the 3rd of January.

Wishing you all a very happy Christmas and a peaceful and prosperous New Year.

Professional appraisal and revalidation: ensuring a high-quality professional public health workforce This concordat describes the legal requirements for organisations who employ doctors, how PHE through the Office of the Responsible Officer delivers annual professional appraisal and medical revalidation and supports local authorities. It also outlines the expectations of support from local authorities in contributing to this process so that PHE can deliver its statutory Responsible Officer obligations. Public Health England
at 09:36 No comments:

Record breaking NHS staff flu vaccinations, official figures show The highest proportion of NHS staff ever vaccinated against flu has been achieved, according to official figures published today. The statistics, from Public Health England, show that 55.6 per cent (533,389) of frontline NHS staff across England were vaccinated against flu between 1 September and 30 November this year. NHS Employers
at 09:34 No comments:

Record numbers leaving A&amp;E without treatment Doctors says that new statistics,* which reveal that record numbers of patients are leaving A&E units before receiving any treatment, are a sign that hospitals are dangerously overstretched.

Figures for September this year, released by NHS Digital, reveal that 53,000 patients left A&E departments without treatment, a rise of 24% compared with September last year.

Newly discovered disease could hold key to Alzheimer's, Parkinson's – and even ageing

Newly discovered disease could hold key to Alzheimer's, Parkinson's – and even ageing A new genetic disease has been discovered that could play a key role in devastating brain conditions such as Alzheimer’s and Parkinson’s, opening up the possibility of new forms of treatment.

A 47-year-old Canadian woman, who had been having difficulty walking and balancing since she was 28, was found to have a new genetic disease after 10 known conditions were ruled out, according to a paper in the journal Nature by an international team of researchers. The Independent
at 09:30 No comments:

Mental health at Christmas: Millennials are 'more lonely' than older generations Loneliness during the holidays is often associated with older people, but new research has revealed that millennials also struggle not only with isolation but stress and anxiety during what is supposed to one of the happiest times of the year.

One in 10 people aged between 25 and 34 who took part in a recent survey by mental health charity Mind said that they have no one to spend Christmas with, compared with one in 20 older people. The Independent

High-quality abortion services come at a price, so let’s pay it

High-quality abortion services come at a price, so let’s pay it Abortion care charities now have to compete for contracts – and NHS cost-cutting means the cheapest service is almost always commissioned

Abortion today is an extremely safe, straightforward procedure, provided in a highly regulated environment. One in three women in the UK will have an abortion in her lifetime, funded by the NHS (except if she lives in Northern Ireland). This will usually take place within an NHS hospital or in a centre run by one of the independent charitable providers – the British Pregnancy Advisory Service (BPAS) or Marie Stopes International (MSI). But just because it is safe doesn’t mean corners can be cut, or providers can pick and mix from rules and regulations, as was unearthed in the course of the care quality commission’s investigation of MSI.

Some of the failings found at MSI have no implications for safety. The batch signing of abortion forms, for example, has no clinical significance – it is simply a legal requirement that all women have their abortion request legally authorised by two doctors. But the other problems uncovered – from clear deficits in clinical governance at the top level through to problems with safeguarding and consent, to the report of the appalling handling of a vulnerable patient – can leave us in no doubt that the CQC was not over-reacting when it requested MSI suspend its services over safety concerns earlier this year.

With NHS funds shaved, the price commissioners will pay is driven down Continue reading... The Guardian

Guinea trial shows "historic" success for Ebola vaccine A vaccine developed by Merck is the first shown to be highly effective in preventing human infection with Ebola, according to final results from a clinical trial. The Daily Mail

Soaring numbers of pensioners will spend Christmas Day in A&E

The official data show that in the last six years, the number of elderly patients spending December in A&E has risen by one quarter, far oustripping the increase in the ageing population.

On current trends, 5,126 men and women aged 80 and over can expect to spent the festive season in hospital, often for lack of care from home helps or their own families. The Daily Telegraph
at 09:25 No comments:

On the Library Blog